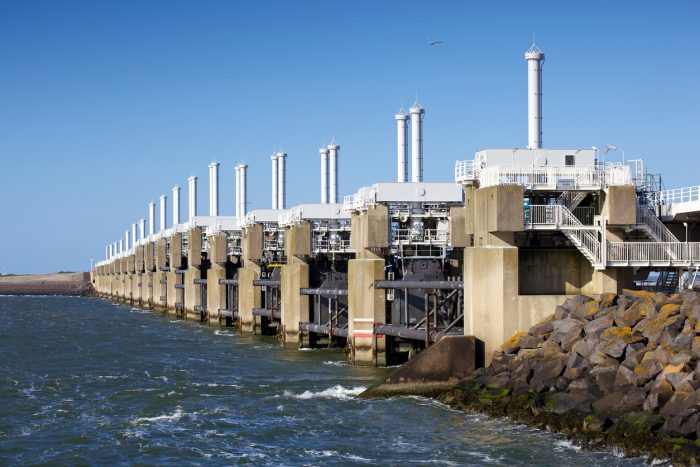 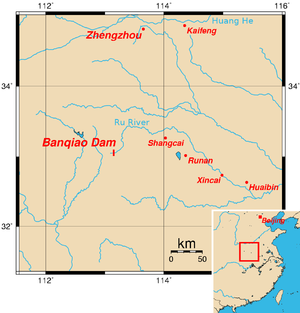 In early August 1975, a Pacific hurricane passed on the coast of South China through Fujian Province, all the way to the north of Henan province. The warm, humid air of the typhoon met the cooler air of the north, causing a series of storms. This was due to the change in weather patterns. Three sets of storms that ensued dropped a meter of water in just three days. On the August 5, the first storm dropped 0.448 meters; this was 40% greater than the previous record. The second storm occurred on August 6, and the downpour lasted 16 hours. Later, on August 7, the third storm lasted 13 hours. China’s Shimantan and Banqiao dams were constructed along rivers and could only handle a maximum of 0.5 meters of water over three days.

The three storms caused water to fill the 2 dam reservoirs to capacity; hence, the excess runoff exceeded the rate at which water could be expelled from the dams. To begin with, the Shimantan dam reservoir on the Hong River collapsed at midnight when water rose 40 centimeters above the crest of the dam. Within five hours, its 120 million cubic meters of water was emptied. 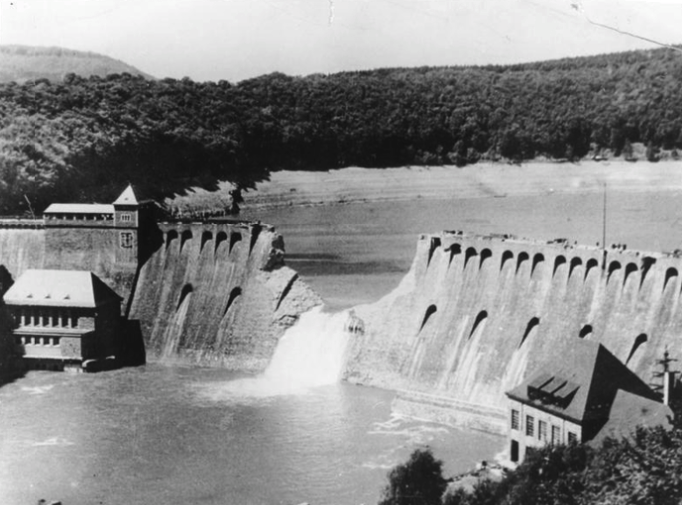 , the Banqiao dam on the Ru River crested. Some brave people tried working in the storm to save the embankment, but their efforts were only futile. The dam’s walls crumbled, and the 600 million cubic meters of water that was behind the 6-meter high and 12-kilometer wide walls came raging like a dragon.

A total of 62 dams broke in the process. The flood diversions and dikes could not withstand the force of the water downstream; they all broke. This caused flooding of 2.5 million acres of farm land across 29 counties and municipalities. The predicaments at Huaibin city where the waters from rivers Hong and Ru met were terrible. More than 85,000 people died. This was so unfortunate because the dams collapsed without sending any warning signs. Besides that, the walls of water was travelling at about 50 kilometers per hour and telephone communication had been affected by the floods. Those who survived the flood ordeal were trapped on trees, and they went for days without food, so they had to die. Many were affected by water-borne diseases also, and they succumbed. 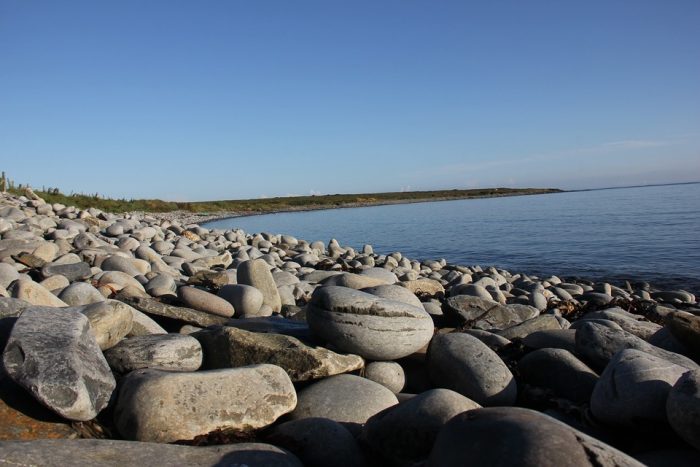 When it comes to the environment in most parts of the world, there are no shortages of things to be concerned about. Although many of the challenges which each country will face will be similar, there will also be some that are more of a priority than others. This is undoubtedly because there are so many components that have to be factored in.

What Are Ireland’s Main Environmental Concerns?

To sustain the environment of Ireland, it means not only identifying environmental issues which are having an impact now, but learning to forecast the future. The current problems that apply to both for Ireland include:

Then, on the positive side environmental efforts which have been in the works for a while, are now beginning to show the benefits. Such as:

No one party, group or government can take on the sole responsibility for the environment in Ireland, or any other part of the world. It takes a collective effort on the part of every person. Every individual should keep themselves informed ” with good resources like those that are found here that produce newsworthy” information.

Both within the respective countries and outside of them. Often, as a human society, we forget that everyone owns a piece of this earth and as a possession, it comes with responsibility.

If each person did their assessment as to how they could support the economy, then it would lessen the workload for those who must expend the resources to attend to the environmental needs. This would be at the government level.

The responsibility for Ireland’s environmental needs goes beyond the interior of the country and finances. Every country’s environment can affect their neighbours and even have a global effect. This means governments of all nations must work towards one common goal. This is a more critical task than any of the others.

Getting every country on the same page is monumental. They all want to deal with their immediate issues. So, what may be a problem for Ireland, may not be for Canada or the USA, at least not as a priority. However, just having an agreement to acknowledge the need for environmental dialogue is good.

If countries do not work together on environmental changes, then the efforts of those which do, get seriously downgraded. A prime example of this is the very term “global warming”. It is not just one country that is contributing to this, yet every country needs to work towards the solution.